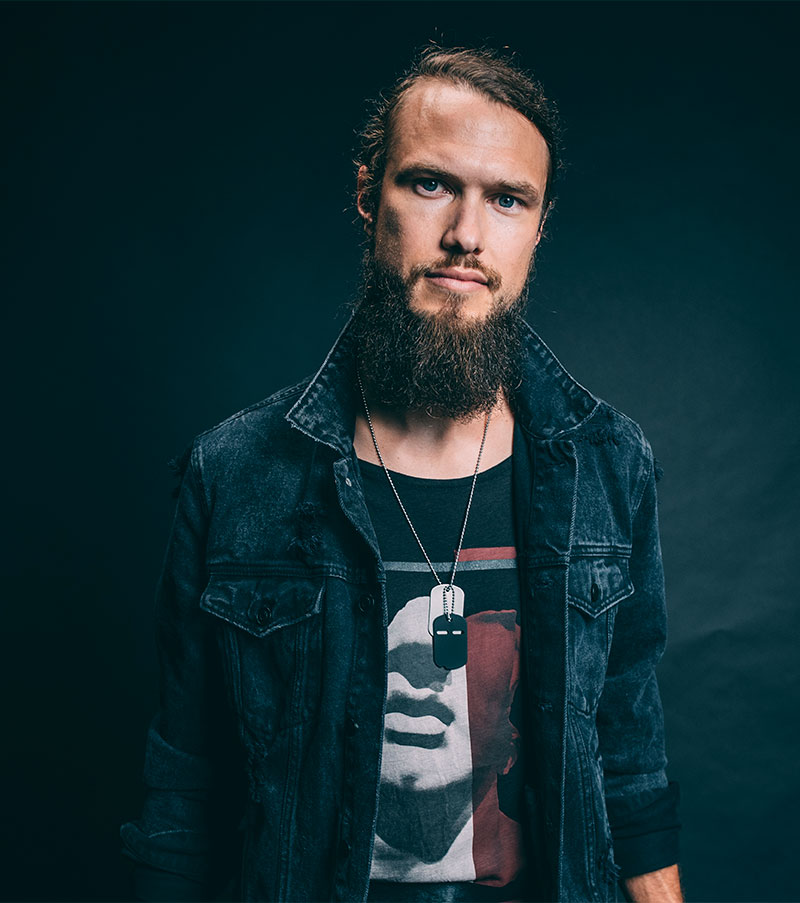 Q: What’s your favorite Bible verse?
A: Romans 8:38-39 – For I am convinced that neither death nor life, nor angels nor principalities nor powers, nor things present nor things to come, nor height nor depth, nor any other created thing, shall be able to separate us from the love of God which is in Christ Jesus our Lord.

Q: What’s your signature stage move?
A: Making as many ridiculous faces as facially possible.

Q: What’s your favorite song?
A: “God Only Knows” by The Beach Boys

Q: What’s your favorite book besides the Bible?
A: “The Third Policeman” by Flann O’Brien

Q: What’s the best advice you’ve ever been given?
A: “Don’t mess up tonight” – Kevin Young

Q: What’s the most frequently asked question you get?
A: “Aren’t you tired after performing like that?”…YESSSS

Q: What’s the weirdest thing you’ve ever autographed?
A: Someone had me sign an urn that contained the ashes of their brother.

Q: What is your favorite Disciple song?
A: Regime Change, Spinning, Shot Heard Round The World

Q: How did you join Disciple?
A: I have a friend named Matt who I went to church, high school, & college with. He is a producer out in Nashville now, and had the opportunity to work with Disciple on ‘Horseshoes & Handgrenades’ as well as ‘O God Save Us All’. So when a spot opened up on guitar, Matt dropped my name to Kevin, who then sent me a bunch of songs to learn. I met the band in person for the first time the day before I played on stage with them for the first time. Over the following months I won the guys over with my charm and fantastic sense of humor, and the rest is history.

Q: How long have you been in Disciple?
A: Played my first show in August 2012

Q: How long have you been playing your instrument?
A: Learned my first chords in the year 2000 AD

Q: Who is your favorite musical artist?
A: Brian Wilson

Q: What musical training have you had?
A: Took lessons for a year or so when I started out. Studied music in college, which included jazz lessons and a classical guitar ensemble. I still try to learn new things all the time.

Q: Where are you from?
A: Charlotte, North Carolina