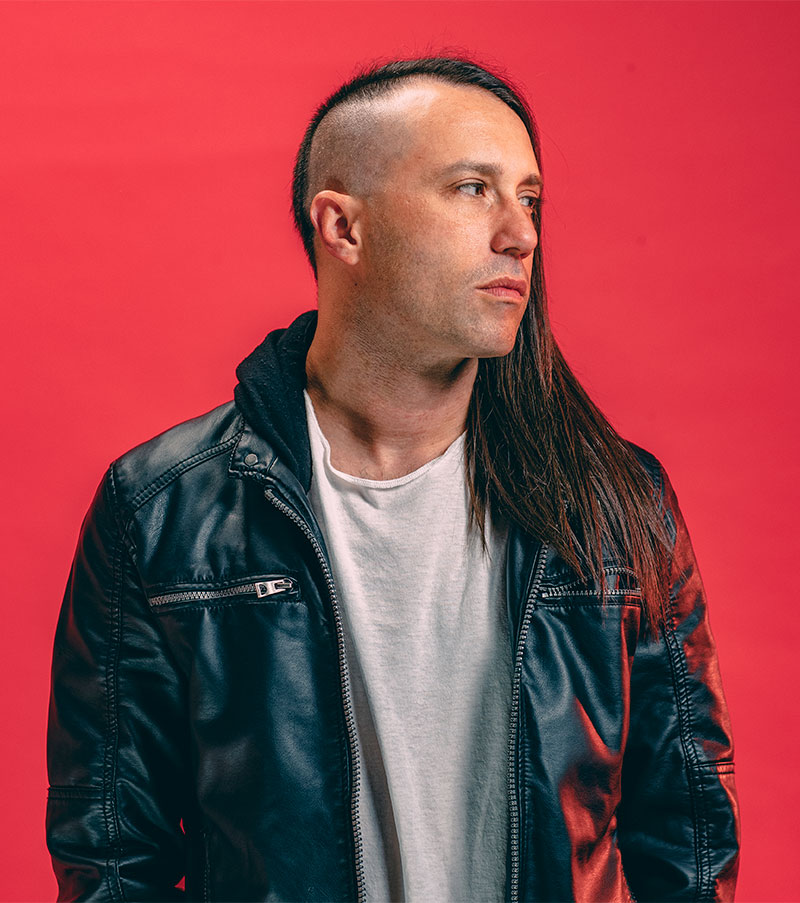 Q: What’s your favorite Bible verse?
A: Proverbs 3:5,6 “Trust in the Lord with your heart. Lean not on your own understanding. Acknowledge Him in all your ways and He will direct your paths.”

Q: What are your current influences?
A: U2, Sevendust, Papa Roach, Volbeat, Beartooth.

Q: What’s your favorite song?
A: U2 / Beautiful Day

Q: What’s your favorite book besides the Bible?
A: Driven By Eternity / John Bevere

Q: What’s the best advice you’ve ever been given?
A: Never say anything negative about your wife to someone else.

Q: What’s the most frequently asked question you get?
A: How do you scream like that?

Q: What’s the weirdest thing you’ve ever autographed?
A: A mortgage contract.

Q: What is your favorite Disciple song?
A: Radical

Q: How did you join disciple?
A: I started playing in a band with some guys in middle school – Tim Barrett, Josh Cochran, and Paul Hogan. We were called Disciple because one of our three songs was called Disciple. We played only one show in September of 1990. The band split up shortly after that. Tim Barrett and I started Disciple for the second time in December of 1992 with Brad Noah and Adrian Ditamossi. Adrian left the band shortly after our first show, which was in May of 1993. After his departure, I added playing bass guitar to my vocal duties.

Q: How long have you been playing your instrument?
A: I started singing in church when I was 5 years old.

Q: Who is your favorite musical artist?
A: Bon Jovi

Q: What musical training have you had?
A: 4 years of piano lessons, one vocal lesson, 2 years of drum lessons, 5 years of band, 2 years of marching band, Senior year performed in Maryville Singers class, and I have performed approximately 2000 concerts which is what I call hands-on training.

Q: Where are you from?
A: Maryville, TN

Q: Who is your favorite vocalist?
A: Tie between Sebsatian Bach and Celine Dion